“This is about the whole person, not just the penis”

Erectile Dysfunction (ED), Impotence, brewers droop, call it what you want and they’re not all the same.

ED can be temporary, due to tiredness, stress, excessive alcohol consumption, or psychological factors.

It’s a little known fact that 70% of Erectile Dysfunction (ED) is due to medical factors.  If there is a pattern of ED over a period of time, it is likely that there is an underlying medical condition causing it, such as cardiovascular disease, blocked blood vessels, diabetes, hypertension, or hormonal changes.

It is shocking that less than 10% of men receive treatment for ED.

“The sooner person does something about this the better.  It’s often an early warning sign, around 15% of men with vascular erectile dysfunction will go on to have a cardiac event.”  Mr Vijay Sangar, Consultant Urologist, Manchester.

The good news is something can be done about it.  The most obvious is a change in lifestyle, with healthier living including eating habits, exercise, less alcohol and no smoking.

A recent study in The Journal of Sexual Medicine stated that running about 2 and 12 hours a week had a significant effect on sexual performance.

There are also many treatment options including Viagra, Cialis or similar drugs, vacuum pumps, and implants.

One of the newest is the ED 1000 treatment.  This is based on using high pressure, high energy sound waves; the body responds to this by creating new blood vessels which allow the blood to flow again.  In general, around 70% of patients get positive responses to the treatment, with some stating the results are “stunning”.

Mr Vijay Sangar, a Consultant Urologist in Manchester, was one of the first in The UK to offer the ED 1000 treatment:

“Initially I was sceptical, and having now used the technology for about 3 years, I am very impressed with the results.  I have been careful with patient selection and if the patient is getting a reasonable response to drugs such as Viagra, then there is a good chance they will get a positive response to ED 1000.  Typically, the success rate is 62%, and this figure includes patients who have poor responses to drugs.”

“About a quarter of the patients I see come off their medication completely.  The clinical data states that men who are poor responders to the drug therapies can start to respond to these once they have had ED 1000 treatment.”

The treatment is painless and done over a period of weeks, and every effort is made to make the patients feel at ease with discretion.  “I get to know the patients really well which is very rewarding, it’s also great to get positive feedback.”  Mr Sangar. 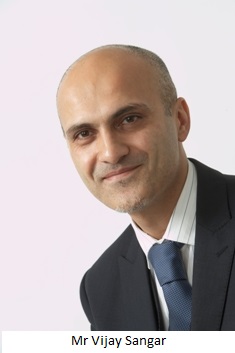 The Pioneering Effects of ED1000 in UK

How We Can Help

Fill in our secure and convenient online form. Our clinical team will assess your data and contact you about whether ED 1000 therapy is right for you.  Before any treatment, a personal consultation and blood tests are required (fees apply).

We realise this is a sensitive subject. You can be completely confident that your details will be held in the strictest confidence, using our sophisticated security system.

We guarantee that none of your data will ever be seen by anyone other that our skilled medical professionals.